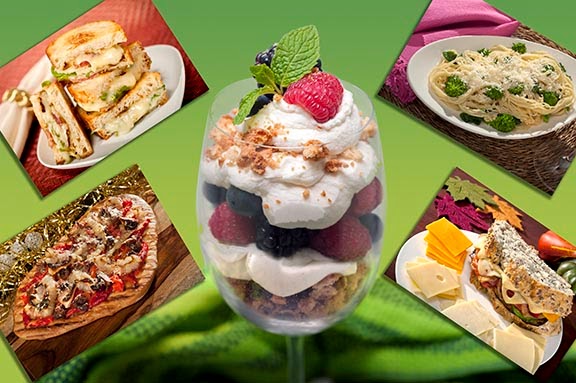 Ah the life of a food photographer. Most of my clients have come to realize that in addition to my lighting skills, I also have some food styling skills (after watching them style for the last 25 years). That is why for 3 days of this 5 day shoot I was both the photographer and food stylist. For the last 2 days I had Marie Haycox do the really difficult food and all I had to do was light, focus and shoot (just like a photographer). Doing so much is still nothing but fun. I have dug ditches for a living so I know that photography is a much better way for me to go. If you desire to be a commercial photographer, know that fashion photographers need to know how to steam clothing and food photographers have to know something about styling food.

Posted by Bill Truran Productions! at 12:24 PM No comments: 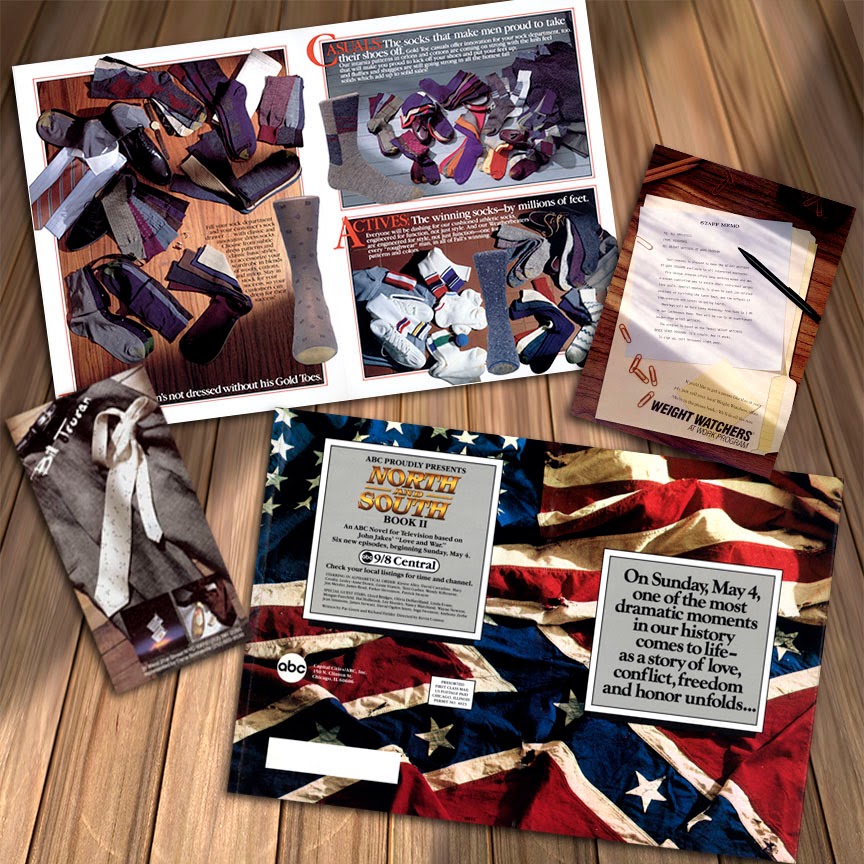 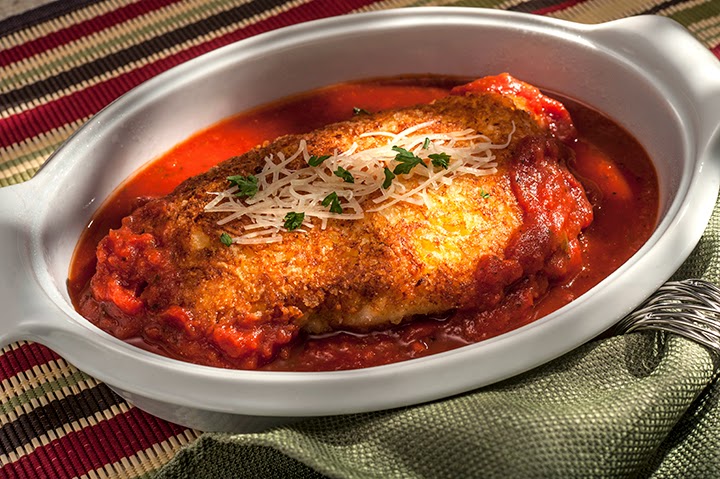 It really is all about the light. Way back in the late 70's I fell in love with realistic hard light. I loved the way sunlight broke through the trees and bounced off the sidewalk. I began experimenting with a bare Calumet strobe tube. Back then it was tough. Most of my shots were on 8X10" film and with the head maybe 6 feet from the subject I had to pop the strobe 6 or 8 times to get the right exposure. Polaroid helped but I never really knew what I had until I saw the first test sheet of film.
Back then commercial lighting was all about soft shadows made with light banks. A product sitting on plexiglass back lit by a light bank was all the rage way back then. Nobody was experimenting with hard light back in 1980.
I was fortunate to have some younger art directors at some of the larger ad agencies who were willing to give me a chance. You see above an ad I did for Weight Watchers, one for ABC TV's North & South mini-series, a Gold Toe sock brochure and a Black Book self promotion piece.
Each one was lit using the bare strobe tube.
In 1989 I joined Nabisco as a photographer and made them buy me optical spots. By 1994 we were digital and the combination of optical spot strobes (which replaced the bare tubes), and digital's instant imaging so I could tweek the lighting on the fly, made this light perfect. I would say that today, I shoot 80% of my work in this same hard light way. Most of my clients hire me for just that reason. The chicken parmesan is one I did recently.  I guess the lesson here might be that if you stay with what you like, eventually it just might be popular.

Posted by Bill Truran Productions! at 2:29 PM No comments:

Fun with friends... I mean clients! 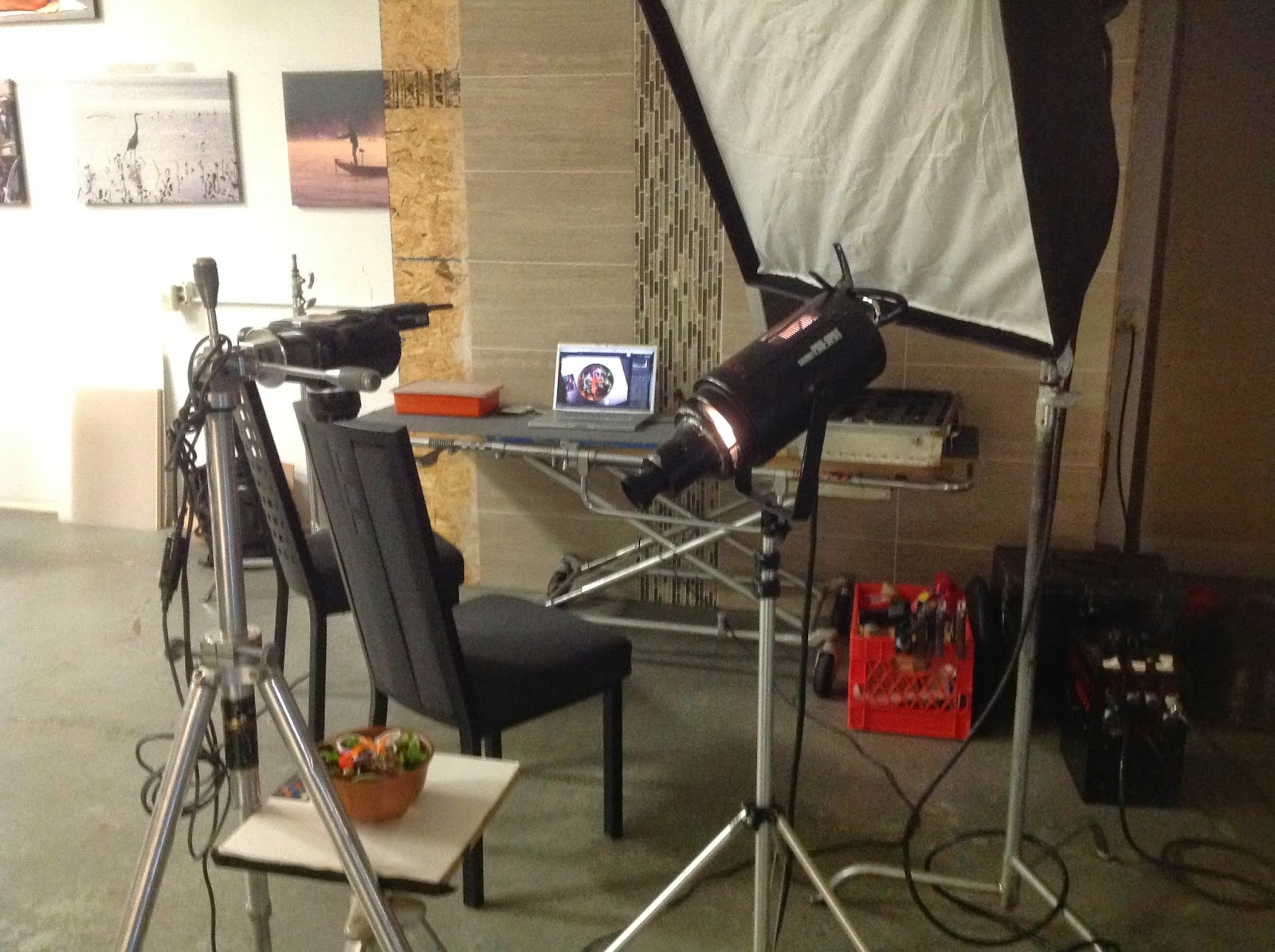 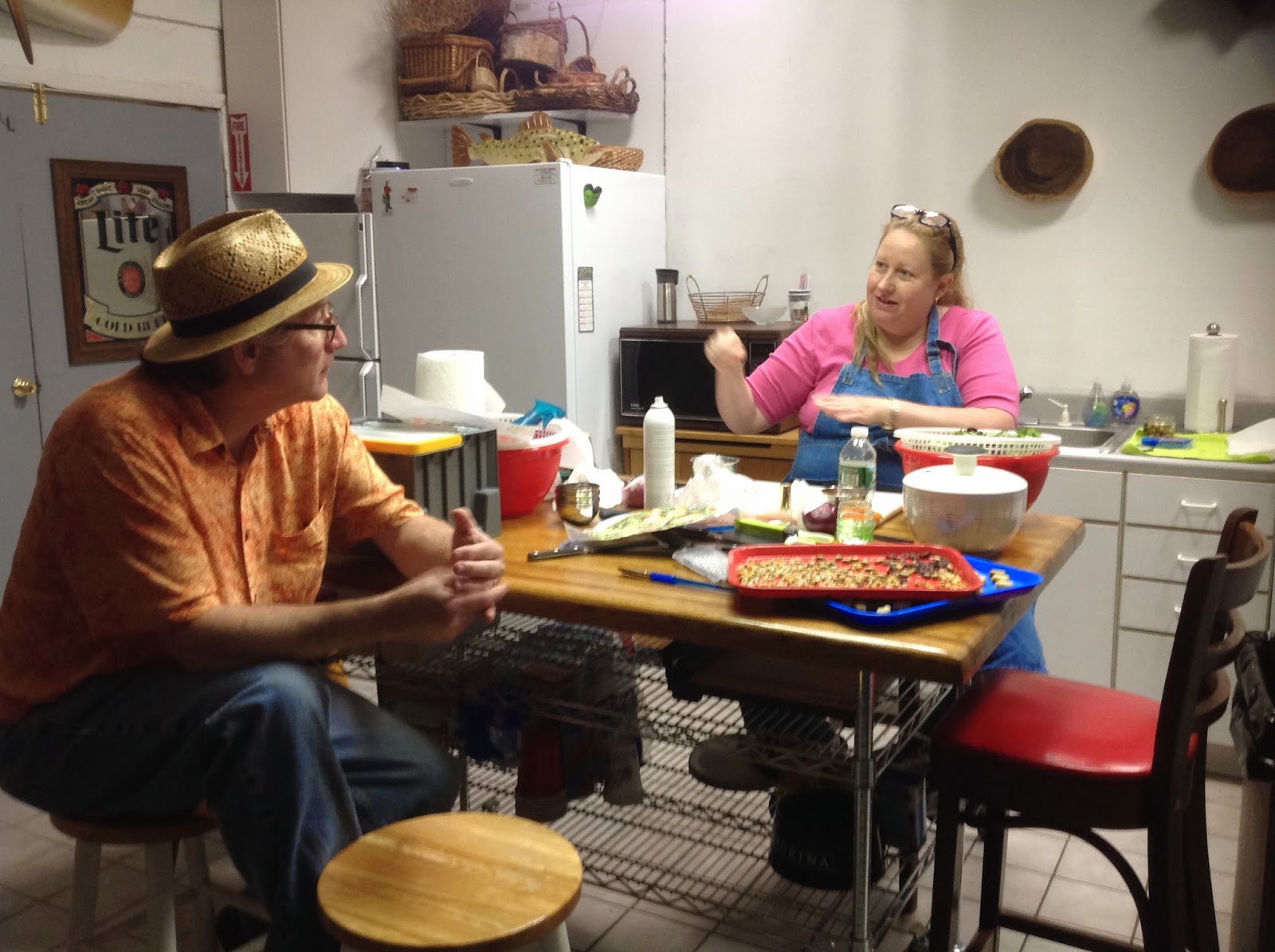 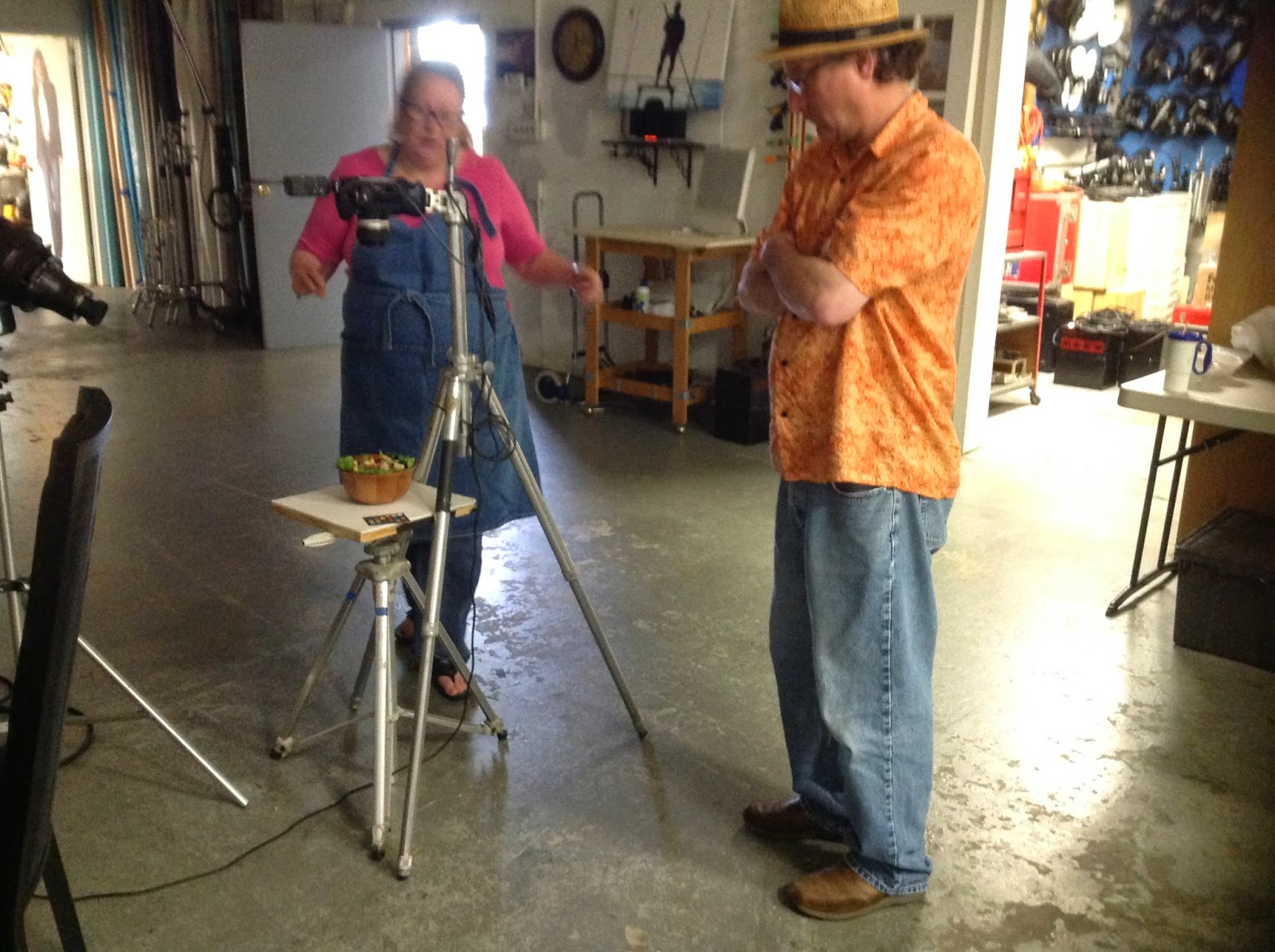 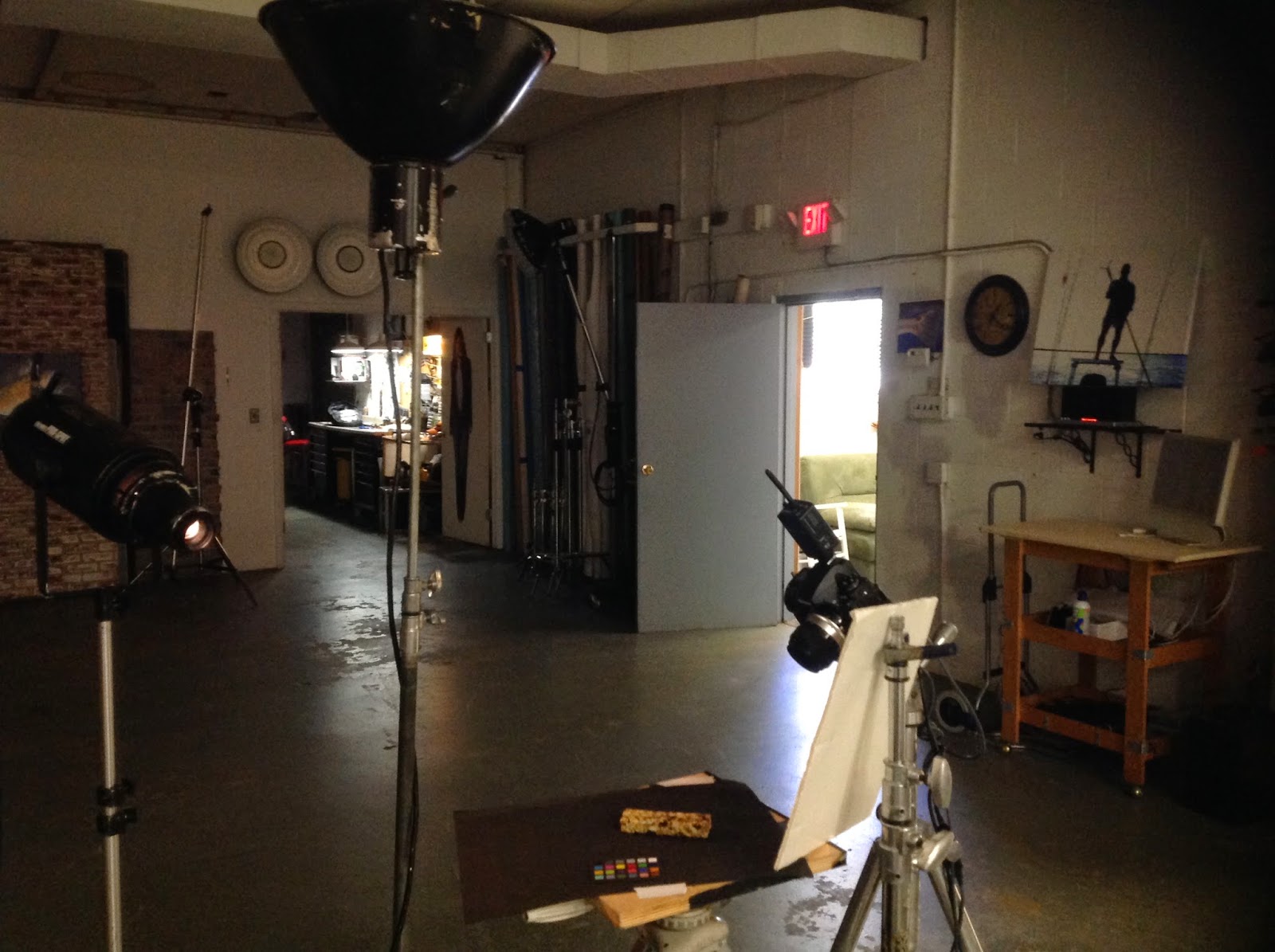 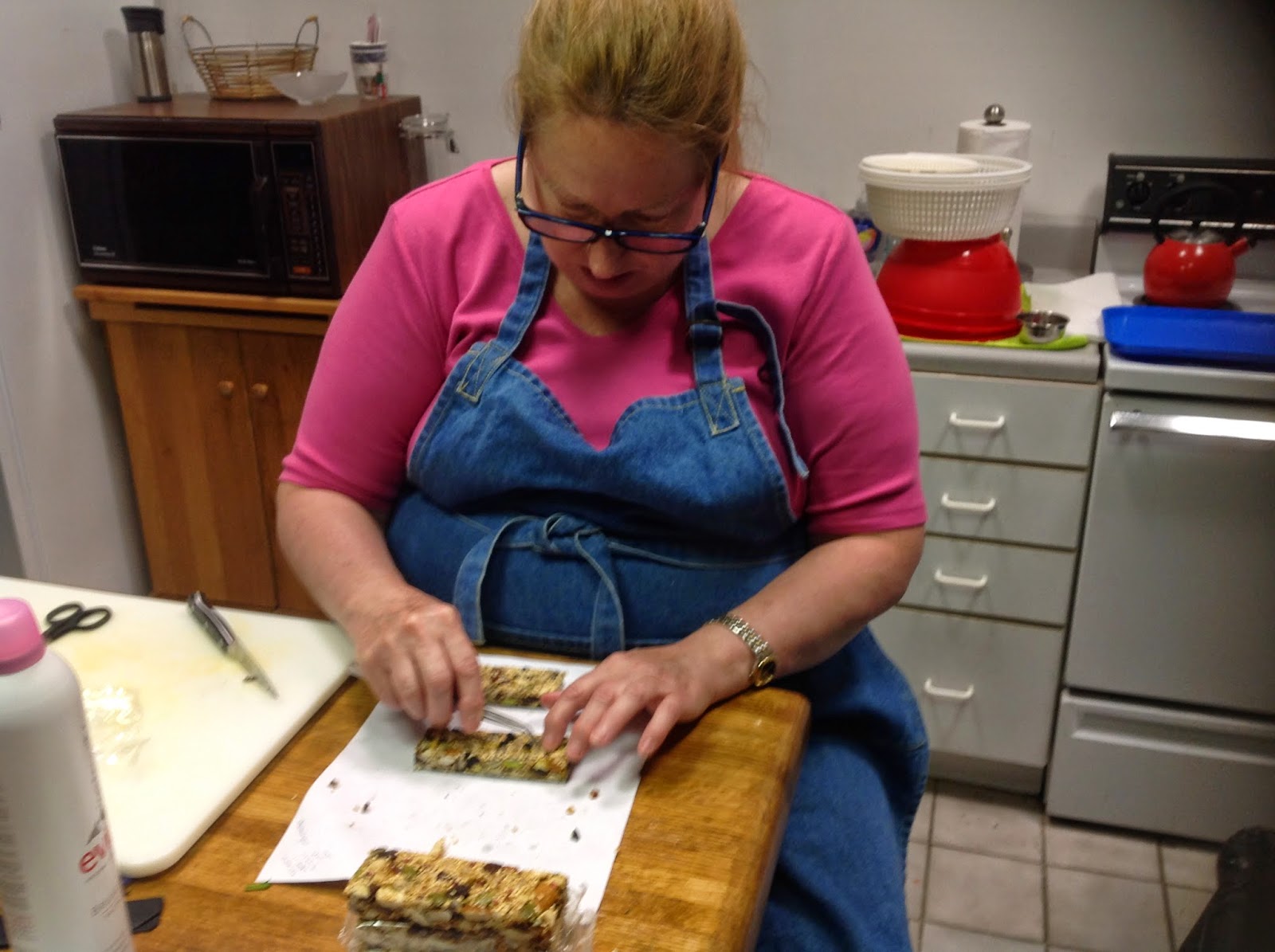 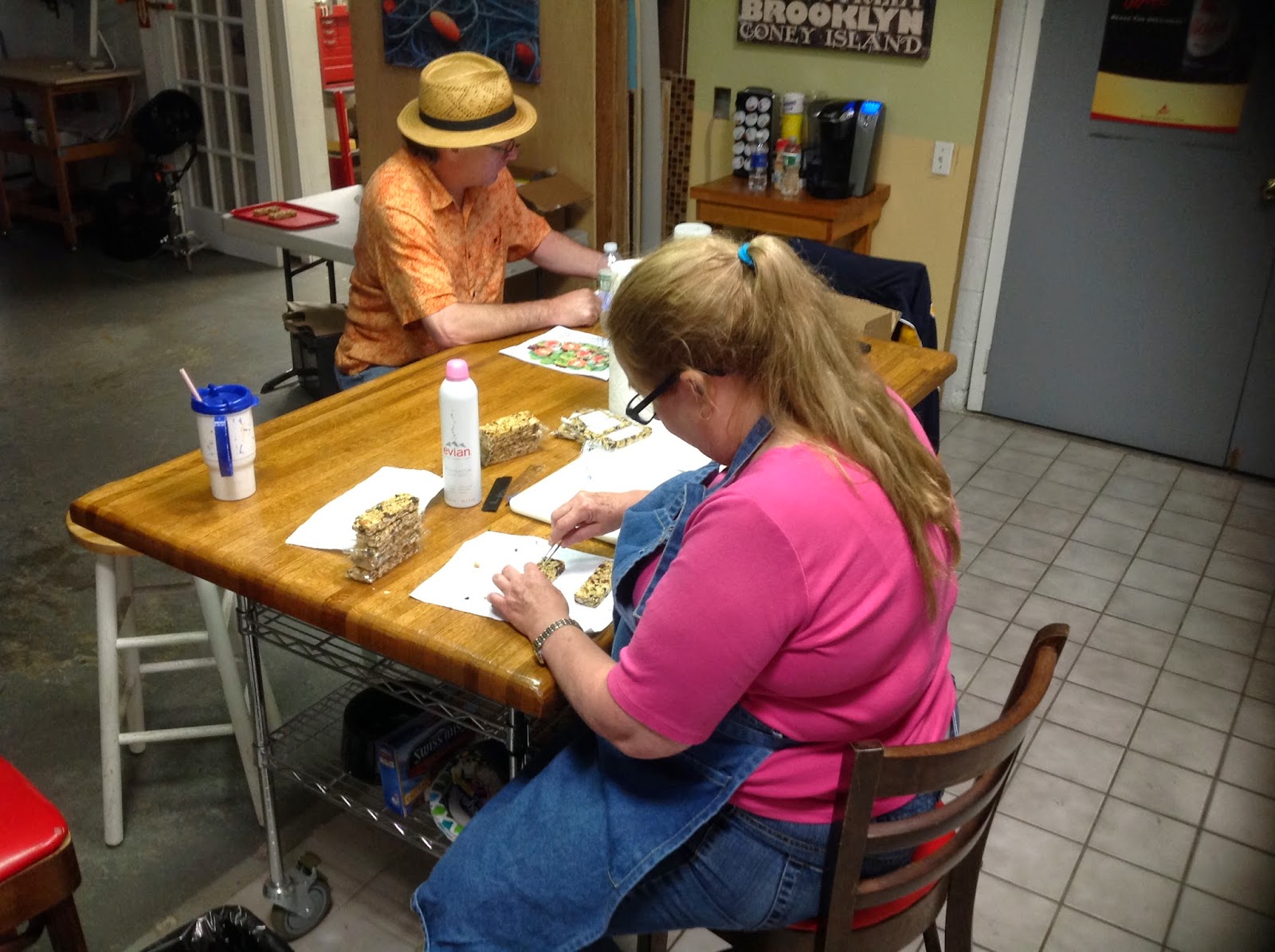 Another great day. Life is so much better when working with friendly people. Aren't they more fun than jerks? This day was a job at Split Image Studios in Fairfield NJ. The guy in the hat is Dwight, art director for B&G Foods and the gal in the apron is Marie Haycox: awesome food stylist. We did a lot of shots that day, salads with trail mix sprinkled on top, salads with croutons on top and then three trail mix bars. Still because everyone is an expert in their field, we ended at a very reasonable hour. Making money with a camera and playing with friends is a great way to make a living.

Posted by Bill Truran Productions! at 11:32 AM No comments: 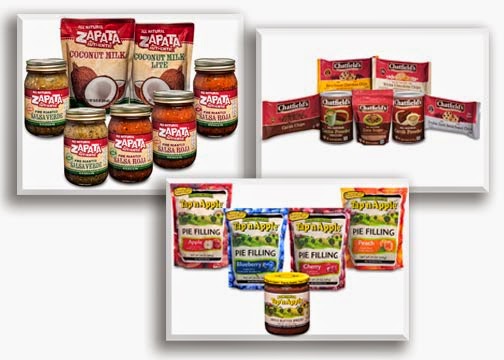 Here comes another new client: Panos Brands. It brings to mind the thought that any money made with a camera is wonderful. What I mean by that is that while this is a food company, these are not exactly food shots. No fancy light, no food stylist, no props. No, they were a lot of product shots to be lit, stripped, retouched and assembled into groups. It's working well so far. You never know where a client like this will end up. My cheese client began with shooting product shots but now we do many beautiful recipe images.
While this is a new company for me, the woman I am working with is someone I have known. That is why it's good to shoot for friends because you never know where they will work next.
Posted by Bill Truran Productions! at 12:14 PM 2 comments: 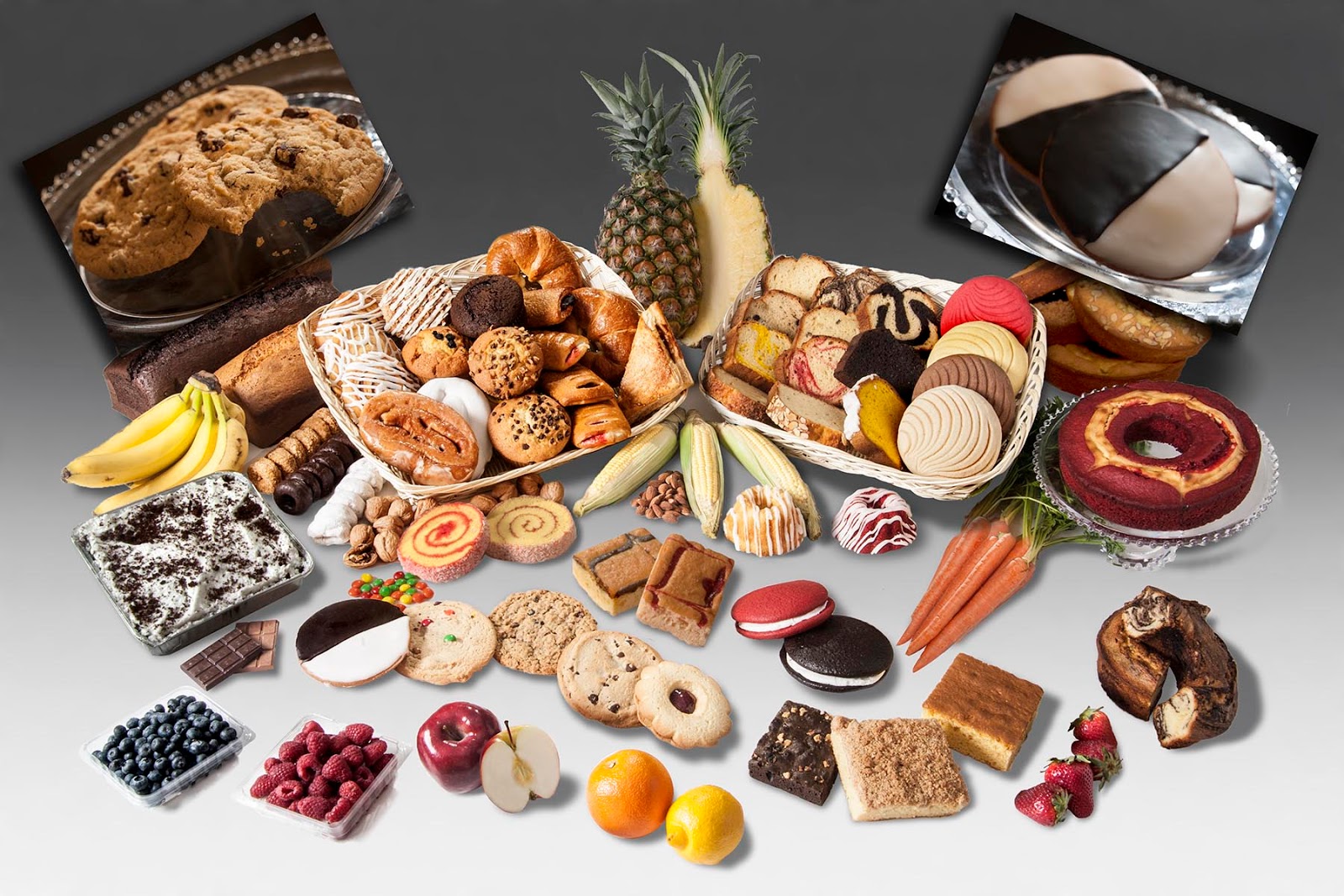 2014 so far is one strange year! My favorite beloved clients have been pretty slow. What is saving me is that I have new clients! You all have to know that I don't actively promote Bill Truran Productions. I have always depended upon my clients loving me and my work enough to keep me busy. Each of these new clients came as a result of a recommendation from one of my normal clients. It's a good thing. I know that every freelance person is having a rough time in this economy. I spent 4 days shooting for Daisy's Bakery. They had a very bad experience with a different photographer (he sprayed baked goods with water). Well, we had 4 great days and shot a lot of products. Let me tell you, the stuff is absolutely yummy! Hey, new clients... who expected that?

Posted by Bill Truran Productions! at 2:34 PM No comments: