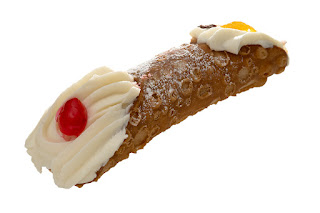 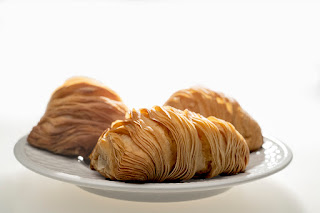 So I did some tests yesterday for a new client. The wonderful thing about shooting food is that you can eat it. All the food had sat out for a while but the cannoli was just yummy! So was the sfogliatella. Maria's Bakery in Saddle Brook NJ is awesome. Anyway, I did something dumb. I had 2 of my Godox V1 flashes in the 48" octabank and one from behind for "sparkle". I turned off the camera but left all of the light on over night. I was delighted to see that after 12 hours on, the ones in the bank (on full) were only 1/3 down in battery and the sparkle light (on 1/64th power) was still on full charge. I know that I should expect the flashes to hang out when not being used but Profoto doesn't. These cheap little Godox V1's are just... Awesome!
Posted by Bill Truran Productions! at 10:11 AM